Pick Up Lines You Should Never Use 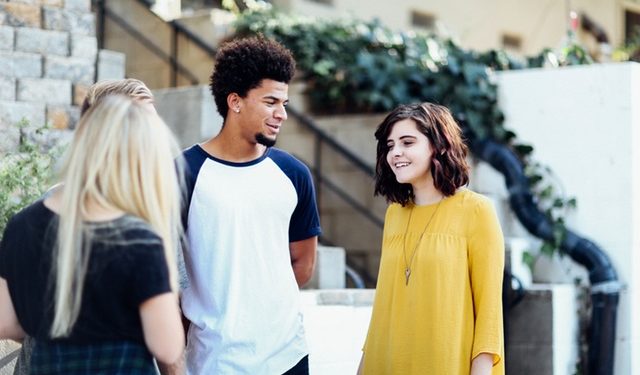 The dating world can be a difficult place, and there are certain things that everyone should avoid doing. Lots of men use pick up lines to impress women, and sometimes it works – but sometimes it doesn’t.

Some pick up lines are funny or sweet, but the rest are often overly-familiar or a little sleazy. The key to success is timing and delivery, but there are some pick up lines that should never be used – even by charming men with amazing timing.

1. “You look like an angel that fell from heaven.”

This chat-up line isn’t offensive or sleazy, but it is seriously overdone. It is probably the most famous clichéd pick up line, and most women won’t be impressed by it as it requires no thought – you could say it to any woman who walks past. If you are interested in a woman, it would be better to start with a comment that is original – or at least personalized to them!
It is also quite cheesy and full-on; you are already putting the woman on a pedestal, and this makes most women feel uncomfortable.

2. “Are those space pants? Because your ass is out of this world.”

Pretty funny one-liner, but save this one for your friends. You should probably avoid talking about a woman’s behind the first time you meet her – and it definitely shouldn’t be the first thing you mention! You might come across as a little sleazy or creepy, and no woman wants those traits in her partner.

3. “Oh, excuse me, but I think you dropped something…” before handing her a piece of paper with your phone number on it.

This might seem witty or amusing, but it can come across as a little desperate and under confident – and if she doesn’t know you, it is very unlikely that she will want to give you her number. If you like a woman and you have already spoken to her for a few minutes, simply ask for her phone number when she leaves. This shows confidence and good timing.

Any pick up lines that imply you are good in bed should be avoided. You could be overselling yourself – if you did sleep together she might be a little let down! However, it is very unlikely that a woman would be interested if you used a line like this. People who are confident in bed never brag about it, so this line actually makes it seem like you might be unconfident in the bedroom.

5. “I like your dress – but it would look better on my bedroom floor.”

Try this line if you’re only looking for a one-night-stand, as it implies to the woman that you are only interested in one thing. If you actually like a woman this line should be completely avoided, as it doesn’t make it sound like you actually want to date her.

6. “Have a feel of this shirt – do you know what that feels like? Boyfriend material.”

This line is definitely pretty funny, and you could probably get away with saying it to a woman that you are already casually dating – but if you’re dating, you don’t really need pick up lines. Don’t say this to a woman that you’ve just met; it’s very forward, and it may scare them off.

This isn’t a pick up line as such, but often men use it as a way to start a conversation with a woman that they find attractive. It is always good to start with a compliment, but if you haven’t already spoken it is unlikely that she will give you her number. She has no idea if you will get along, so she will probably want to keep her phone number private until she knows if you two actually get along. Instead, start with a compliment and a question, like ‘are you having a good night?’

So what should you say?

If you don’t know the woman and you are hoping to use a pick up line to break the ice and start a conversation, simply go for an honest compliment. If you like her eyes, just say ‘you have lovely eyes’ and then ask her a question. ‘Are you enjoying your night?’ is a great starting question.